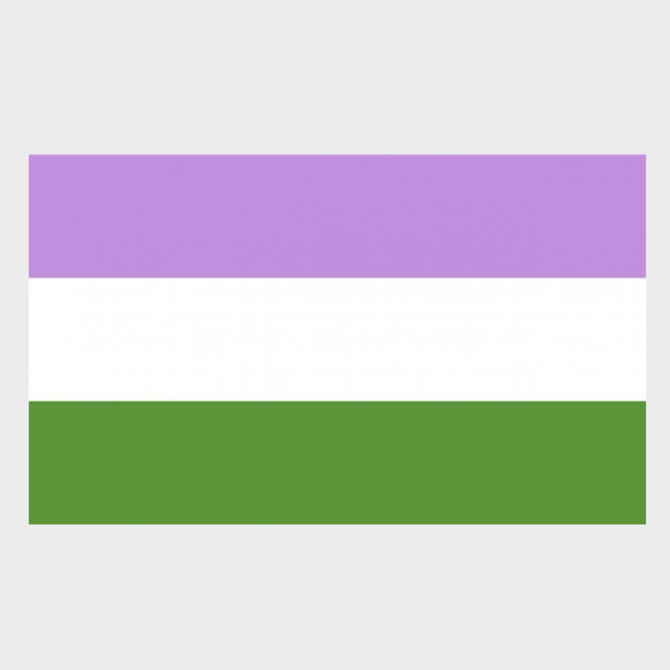 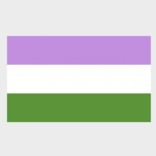 The Genderqueer Pride Flag was designed in 2011 by genderqueer writer and advocate Marilyn Roxie. The lavender stripe is a mix of blue and pink - colors traditionally associated with men and women - and represents androgyny as well as queer identities. The white stripe, like in the transgender pride flag, represent agender or gender neutral identities. The chartreuse stripe is the inverse of lavender and represents third gender identities and identities outside the gender binary.